At 7:00 Jean Ruth welcomed everyone.  There were 4 guests, including a former member.

Membership: Karen Neuschaefer indicated that they currently have 88 members, and she announced that if anyone needed an updated member list to let her know.  It was also reported that NEORQC would like our email addresses to send communications.  There did not seem to be a resistance to this notion, so it was approved to give NEORQC member email addresses.

Quilts of Valor:  Kaye Koler talked about their workshop that was held today, noting although they had a very light turnout, they were able to get kits cut and some started.  Kaye reminded the group that Saturday, February 4th was National Sew Day.  They will meet at the Main Street Community Center, 255 Park Ave., Amherst, from 10am. – 4p.m.  Kaye encouraged more people to join them on February 4th to help sew quilts for our veterans, even if for only a couple of hours.  There will be plenty to do, even if you don’t want to sew. There will be kits to cut, piecing, quilting, binding, ironing …. something for everyone.   Kaye reminded anyone who wished to come that they need to bring all the basic sewing supplies and you can either bring your lunch or plan on dining at one of the local venues.  Finally Kaye announced that it was time to renew the group membership.

Community Service:  Judy Riggle indicated they will have more to report next month.  Right now they are looking for a place to store donations.

Challenges: Kelly Grace discussed the current UFO challenge noting she was collecting lists today from anyone who was ready, but she will continue to take lists by email until the signup deadline of  January 31st.  Kelly reminded everyone that the entry fee is 2 fat quarters.  When your UFO is completed bring it in for Show and Tell and make sure to announce that it is one of the quilts on your list so it can be marked as completed.  Each completed UFO will get you one entry into the prize drawing which will be held at the December Potluck meeting.  Any questions, contact Kelly Grace.

Kelly also noted that she will start taking signups for another Fat Quarter Exchange at the February meeting.  The more members who sign up, the more fat quarters you get.  Kelly reminded everyone to come prepared with what color fat quarters they want, maybe for a project you are currently working on or one you are planning: batiks, white on white, themed fabric, a very specific color?  The last exchange was a huge success and many members commented that they missed out so don’t miss your chance this year!!  Kelly noted that they would hand out lists in April and fabrics would be due back in May/June.

Helen Smelser reported that from the previous challenge they have 2 tops completed, with one in Show and Tell tonight and the other quilted.  They will be donated in the name of past members.

Home of the Brave.  No Report

Announcements:  The new idea of Show and Tell tables seemed to be a big hit tonight.  Members had time to gather for close-ups of the quilts before shown to the group.  It was a nice way to socialize before the meeting and everyone thought it was a big success.  Sharon Lutz shared that she wanted to offer up another idea.  She would like to host a Christmas in July event here at the Townhall the Thursday of our meeting in July so members can plan on spending the entire day sewing on Christmas projects early instead of waiting until the last minute as we all tend to do.

It was noted that the July meeting, which is July 13th, is also the date of the summer picnic.  However there was a suggestion that it did not matter because people who wanted to sew all day from perhaps 10 to 3 could still do that and have plenty of time to go home and get ready for the evening picnic that typically begins at around 6:30p.  There was a large contingent of members who thought the Christmas in July event was a good idea.  It was agreed they would talk more about it a future meetings and then ask for signups for anyone interested.

Vicki Morris announced that Mom’s Sewing Basket is having a new block of the month so make sure to stop by and see her in the next week or two.  They have a lot of new items. 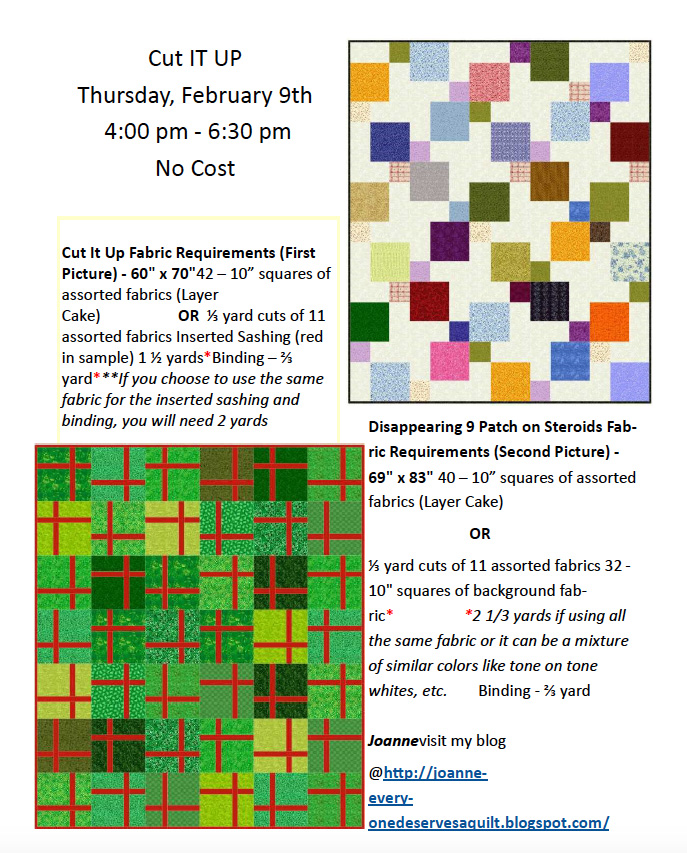 HOME OF THE BRAVE
Janet Alderman
No report 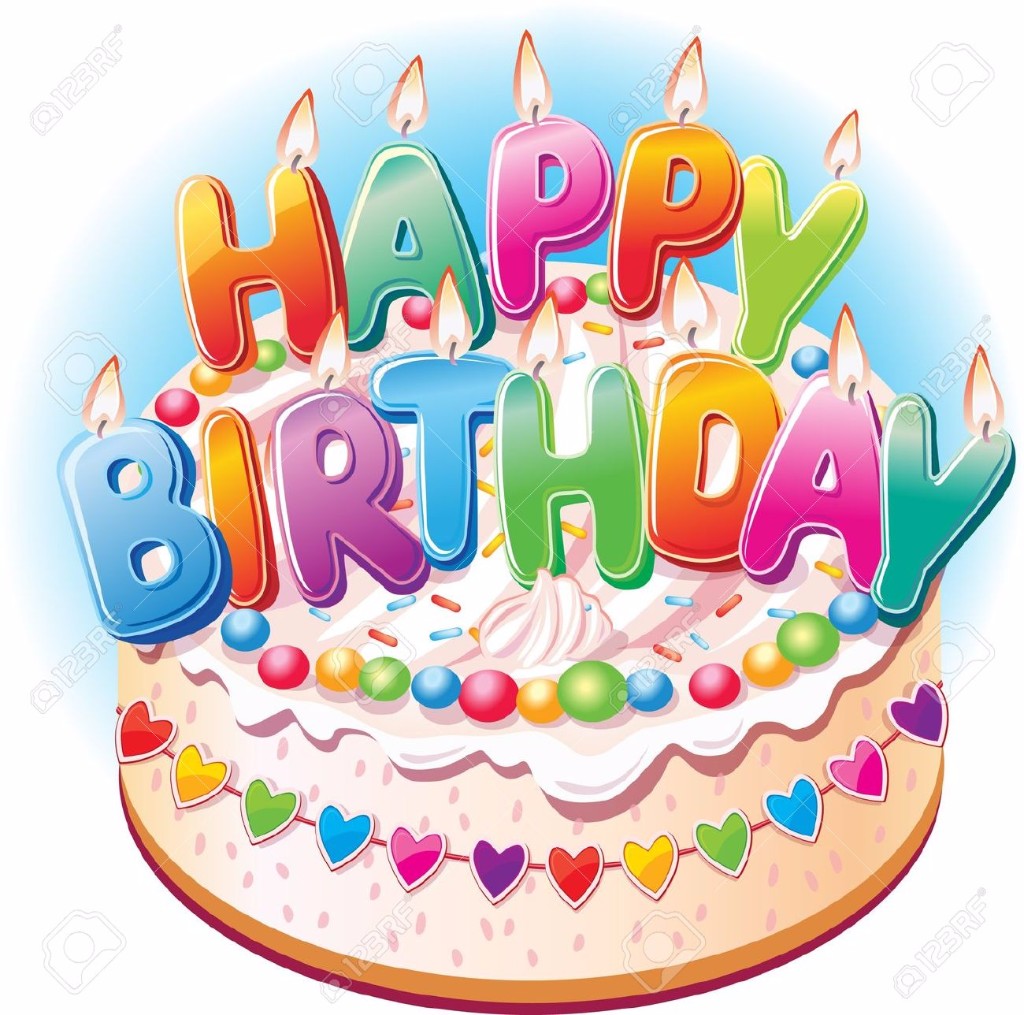 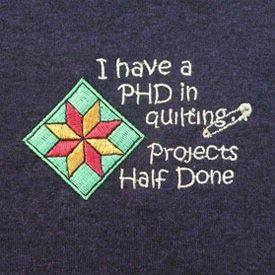 Keep working on your UFO’s! Anyone that has not yet turned in your fat quarters for entry into the challenge, please bring them to the meeting Thursday.

Sign-ups for the Fat Quarter Exchange will start in February and continue through the March meeting, lists will be handed out in April and fabrics due in May/June. Start thinking about what color/theme you’d like for this year! Do you need a variety of blues for a project? Maybe you want cat fabrics? Join us!!

Shop, Sew or just relax! Your Retreat will give you time to work on those UFO projects or layout something new. In addition to your double occupancy sleeping room includes a refrigerator and microwave, your breakfast is also included. This is an ‘on your own’ retreat as there are plenty of places to eat or you can prep something yourself.

Set up your sewing station in the work room Monday and break it down on Wednesday; you can sew all day and night. There are cutting tables, irons and ironing boards in the workroom so you don’t have to haul as much. There are five shops in the area to visit and several will offer discounts.

Deposits of $25.00 are due by March 16th. Balance is due by April 30th. Please list your roommate with your deposit. Someone asked me if a husband can come, the answer is yes.

Notes from the President

A tentative preview of Piecemakers’ activities:

If memory serves, Charles Dicken’s book A Tale of Two Cities begins with “It was the best of times; it was the worst of times.”  That is how I’m feeling about this UFO challenge right now.  On the best of times front, I’ve finally sewn one border on a quilt that has been hanging on a hanger for a couple of months now.  And border two is begun.  Since the beginning of January I’ve pieced 65 flowers for the flower garden quilt. Which is also a fantastic accomplishment.  However, in the hunt for fabric I’ve unearthed 2 more UFO’s–hence the “worst of times”.  I’m becoming somewhat fearful that there might be  more.  So, I’m planning to be a bit more cautious in fabric forays in the future.  Plus, there are some pieces that could possibly extend a UFO which I have… are you ready for this?… Tossed into the trash can!!!!    I’m not even feeling all that guilty about it, nor did I try to recut them into squares to add to the bags full of cut squares.

Perhaps the biggest detriment to the whole notion  of trying to finish UFO’s is the very likely possibility that more may be discovered or found.

I hope the rest of you are dealing with this challenge better than I am. Good luck! 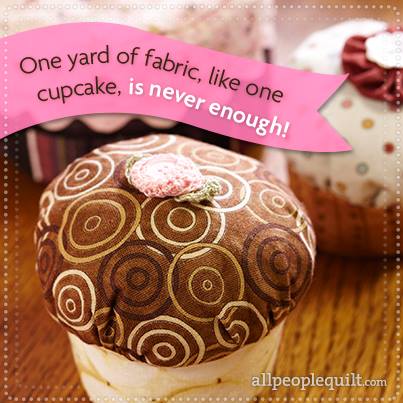 Our Quilts of Valor National Sew Day was a great success!! Thank you to all thirteen of you that were able to come and sew!!

We got a good bit accomplished and enjoyed the day immensely!

Thank you all so much from all of us !
The QoV committee.